Which Voron Printer to Build

Here is a quick guide that can help you decide which Voron printer to build and to understand a little about the Voron naming convention.

Many get confused and think Voron 0.1 is an older version of the printer and Voron 2.4 is a newer version of the printer. In fact, this is not true. Voron 0 and Voron 2 are the model numbers of the machines and the number after the “.” is the version number. So for example Voron 2.4 means this is model Voron 2 and is on design version 4 now. The naming convention is slowly changing and moving away from numbers to actual named models starting with the Voron Switchwire which was announced Aug of 2020 and most recently the Voron 1.8 has been upgraded to the Voron Trident as of Aug 2021. Currently Voron family has 4 different models of 3d printers including the Voron Switchwire, Voron Trident, Voron 0, and Voron 2.

Please don’t hesitate to reach out to us at 3D Lab Tech if you have any questions as the designs are constantly evolving.

** Prices shown below are only estimates and should only be used as a guide as prices fluctuate constantly and depending what parts you choose could greatly shift the price in either direction. 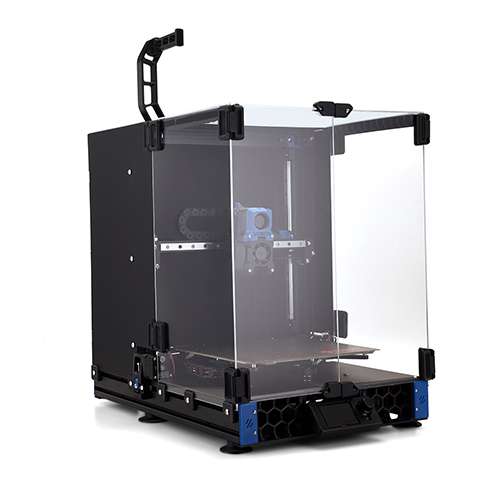 The Voron Switchwire is a based around the classic Mendel (aka bedflinger) design but modified to be a CoreXZ so the print head is belt driven in both the X and Z axis. With this modification they have eliminated the leadscrews that cause much of the problems found with these Mendel style printers. This also allows for very fast z movment speeds and less weight on the gantry by moving the X motor to the frame. The stiff 3030/3060 frame is just large enough to cover the entire swing of the Prusa 250×210 bed and allows for a natural enclosure with no additional modifications required.

We offer a full premium kit put together by LDO
This includes all the necessary hardware you need to build one yourself. The only thing this kit does not include is the printed parts.
For more information click here

The Voron 0.1 is designed around the traditional CoreXY design with the build plate moving along the Z axis. It is the smallest of the Voron builds and usually costs the least as well with a print area of 120mm^3 and built with 1515 extrusions. Even with such a small print area the volume is enough to be able to print all single mechanical parts for V1 and V2 and maybe enough for majority of users.

We offer a full premium kit put together by LDO.
For more information click here 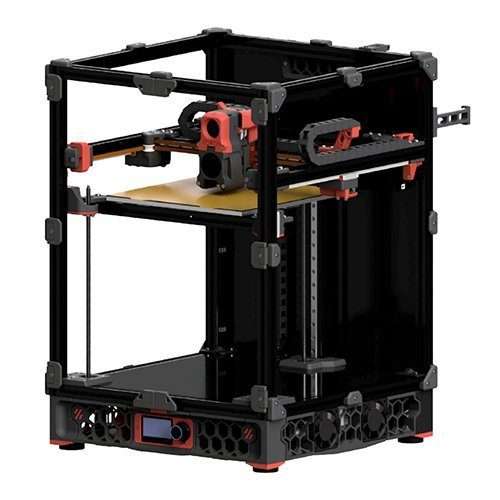 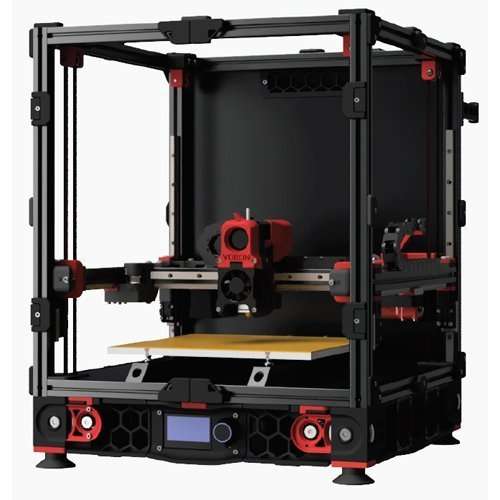 The Voron 2 is a modified version of the traditional CoreXY design with a static bed and a gantry that moves along the Z axis. This is the most complex build of the Voron machines but includes great features such as 4 point gantry tramming to align to the print surface and other unique features that can only be found on the Voron 2. Standard print sizes for this machine are 250x250mm, 300x300mm, and 350x350mm making this the largest printer in the Voron family as well. With all the new features and being the largest printer it is also the most expensive of the Vorons to build.

We offer a full premium kit put together by LDO.

The Voron Legacy is a tribute to the roots of the Voron project and the RepRap project. It’s beautifully crafted using the classic LM8UU rods and bearing design in a 230x230x230 size but still retaining the Afterburner toolhead. This is the only Voron that is not designed to be enclosed. 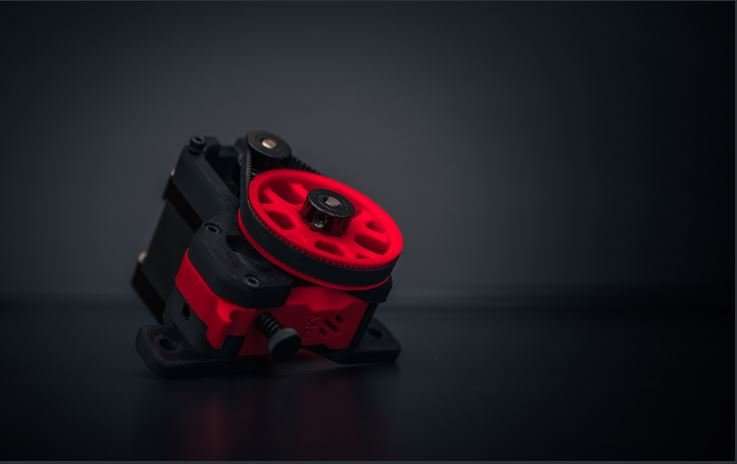 Mobius is the original Bowden extruder for Voron printers, designed to be mounted on the frame. Highly optimized, dual gear, and very effective for Bowden setups. Driven by a full-size or a compact “pancake” NEMA17 motor.

Jetpack is a modified Mobius designed to be mounted on the X axis for a shorter Bowden. Was designed as an intermediary solution to reduce the bowden tube lengths before the introduction of Afterburner and has been superceded by the M4. It is driven by a compact “pancake” NEMA17 motor.

Afterburner is not specifically an extruder, but the collective name for the Voron direct-drive interchangeable toolhead system.

Clockwork is the name given to the original extruder system for Afterburner. It is a repackaged BMG dual-gear extruder driven by a compact “pancake” NEMA17 motor. The Afterburner term is commonly used to refer to this extruder. The Bondtech LGX extruder will also fit perfectly inside the Afterburner in place of the Clockwork extruder. It is a great option for those who want a premade extruder solution that also carries a warranty as well.

Pocketwatch is the Afterburner Clockwork repackaged smaller to be used on the V0 printer for a bowden style extruder.

Galileo is the newest extruder designed to fit on an Afterburner tool head. It is based on the Orbiter extruder and incorporates a planetary gear reduction to allow a smaller housing size and even smaller motor to be used in order to reduce weight.